On 24 August, The King received four new ambassadors during formal audiences at the Royal Palace. 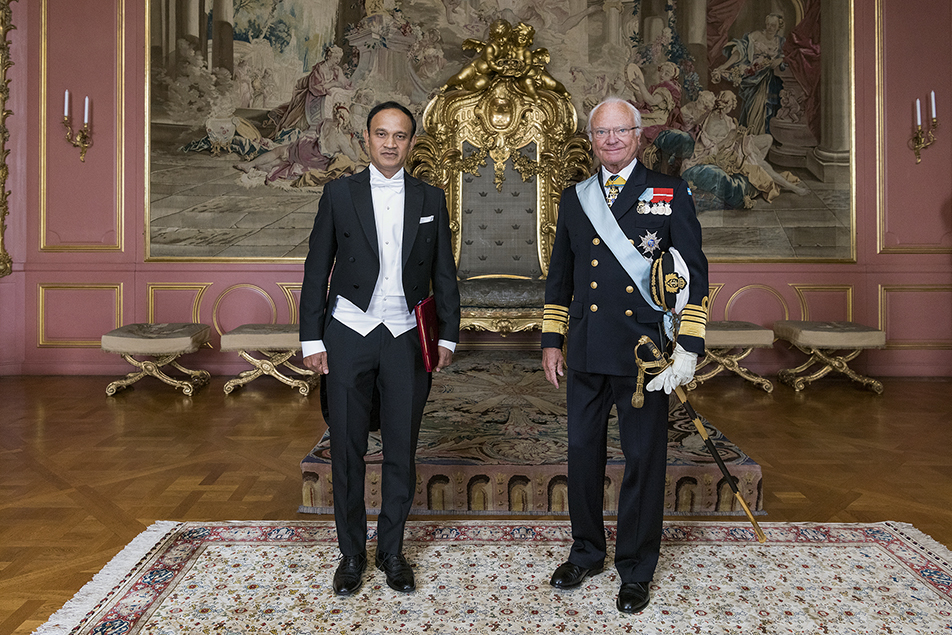 It is accepted international practice that a new ambassador in a country is always given the opportunity to meet the head of state, although the ceremonies vary in different countries. In Sweden, the reception of a foreign envoy follows a traditional ceremony, and is quite unique with its centuries old traditions.

The foreign envoys received by The King during the formal audiences were: 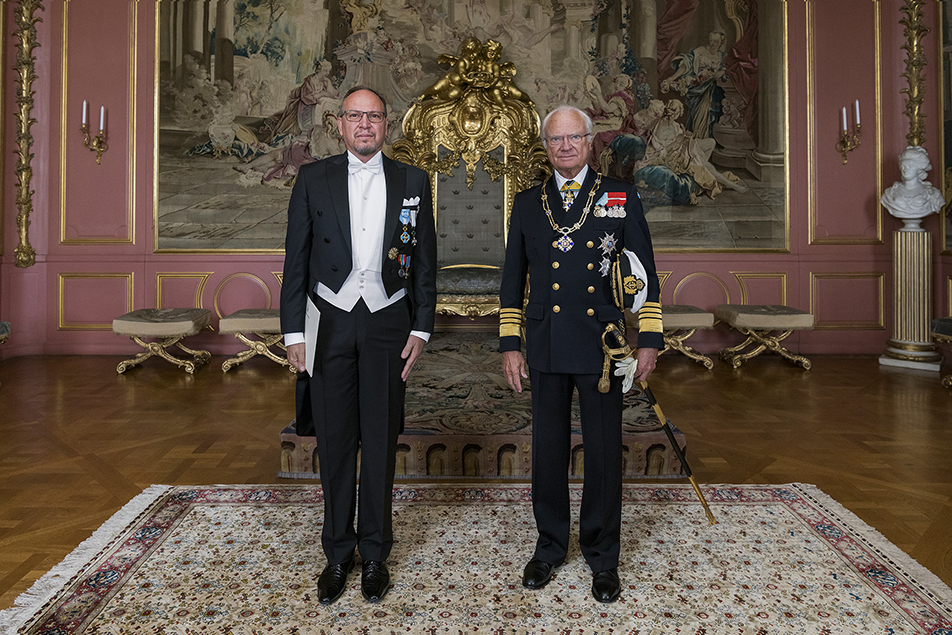 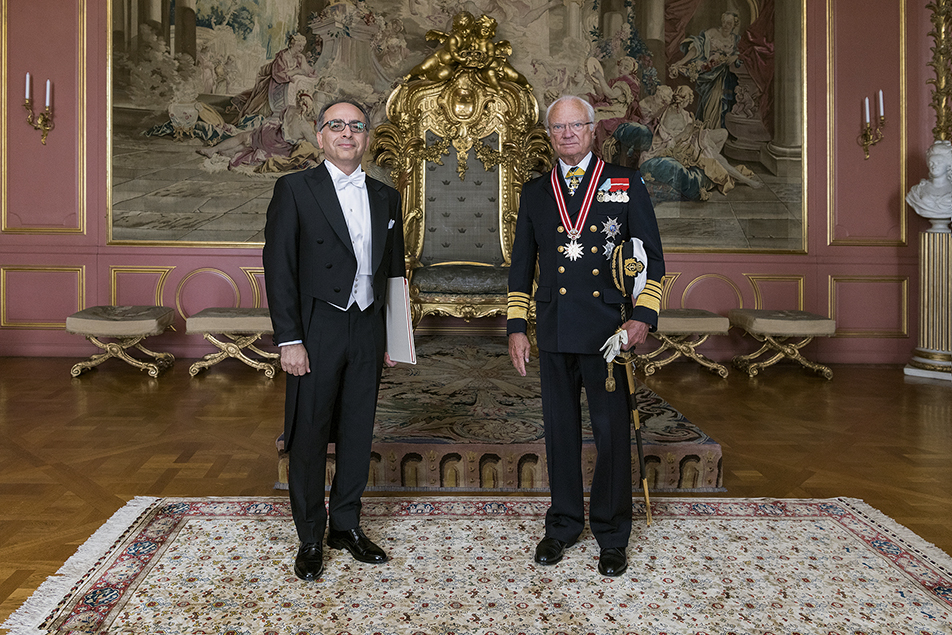 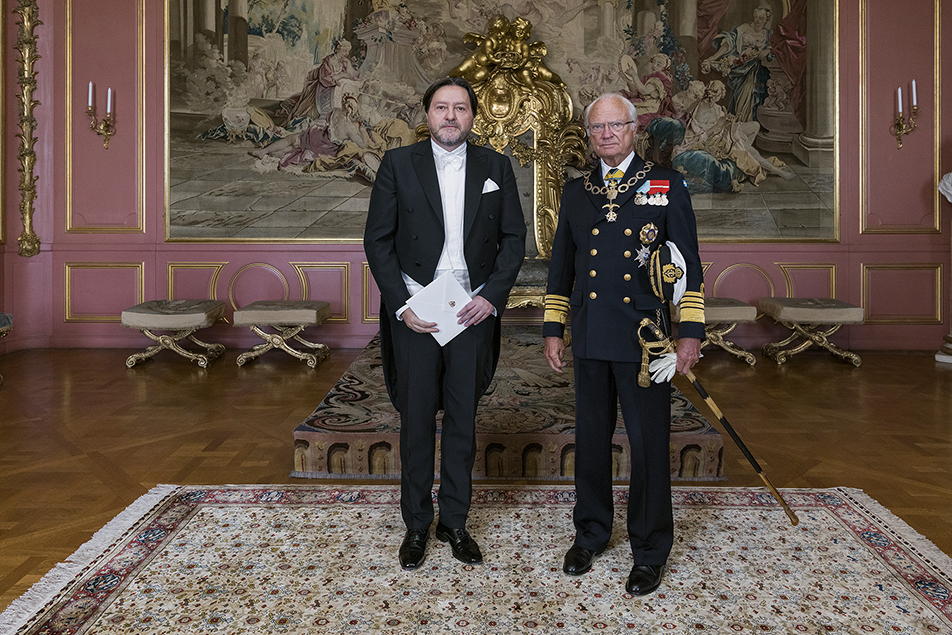 Chile's ambassador Tucapel Jiménez and The King during the audience at the Royal Palace. Photo: Lisa Raihle Rehbäck/The Royal Court of Sweden 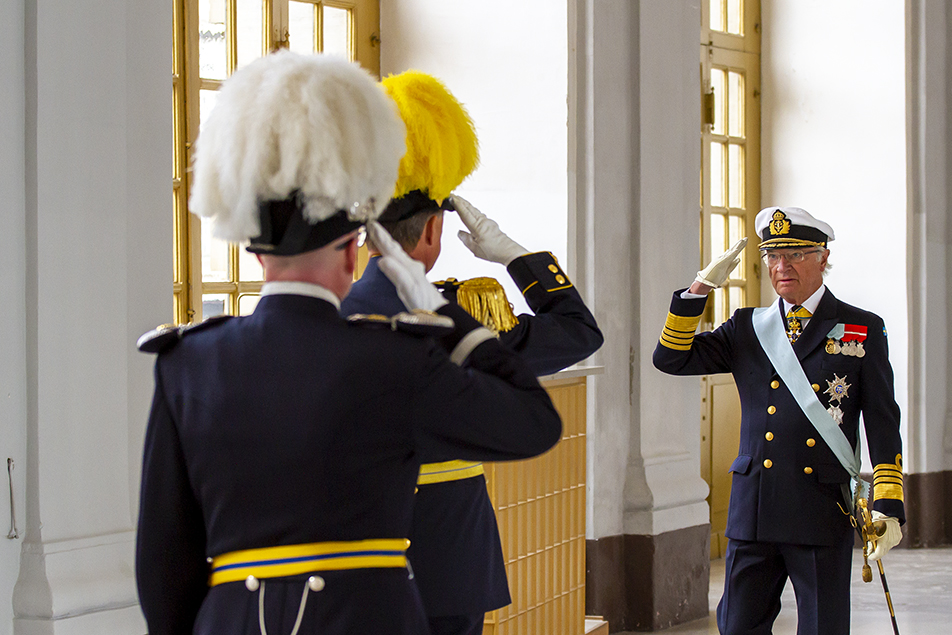 The King arrives for the day's ceremony and greets the Guard Commander and the Palace Superintendent at the East Gate of the Royal Palace. Photo: Henrik Garlöv/The Royal Court of Sweden 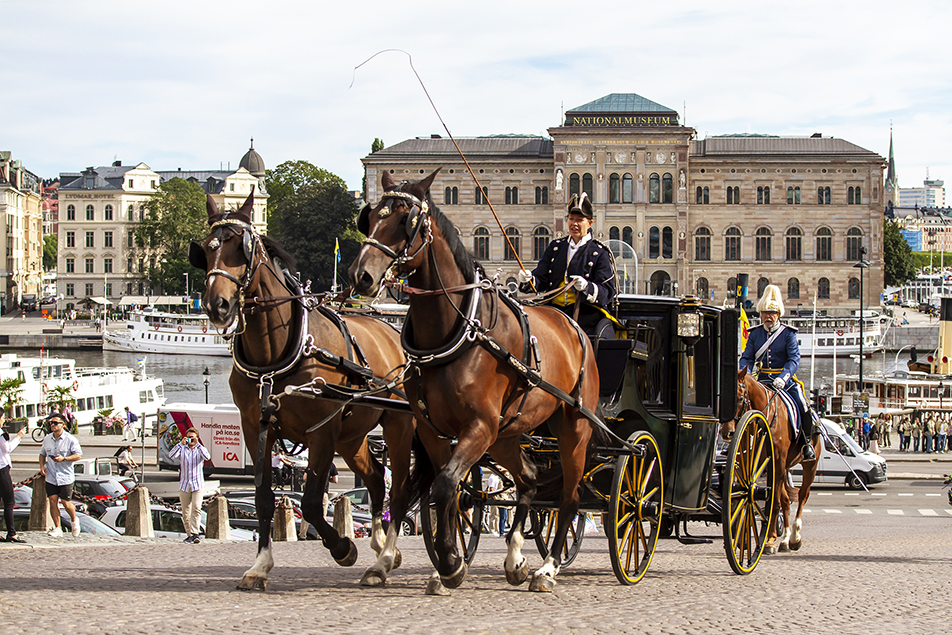 The new ambassadors travel in the Royal Stables' carriages up Slottsbacken to the Royal Palace. Photo: Henrik Garlöv/The Royal Court of Sweden 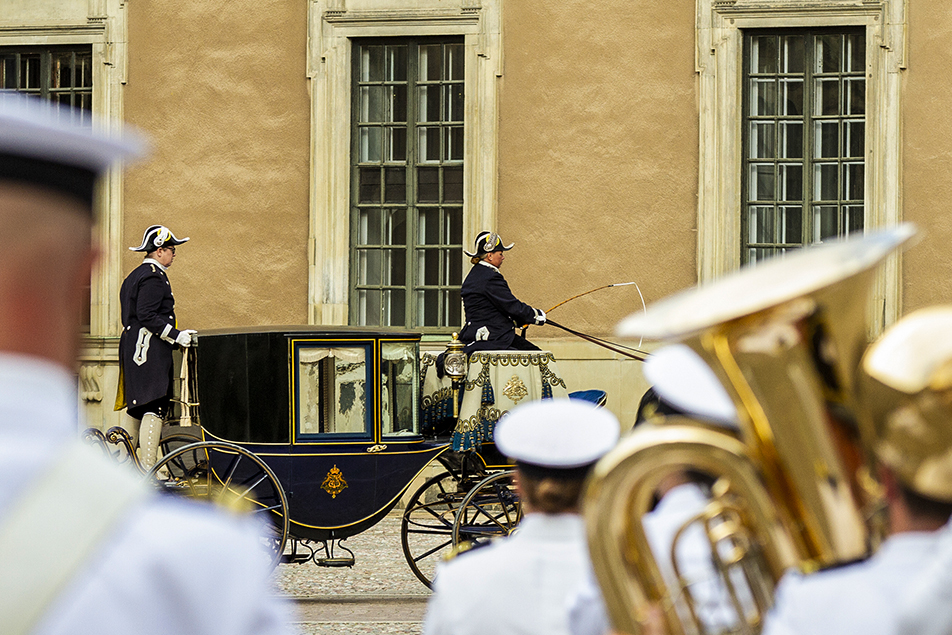 On arrival in the Inner Courtyard of the Royal Palace, the ambassadors were received to the accompaniment of the Armed Forces Music Corps. Photo: Henrik Garlöv/The Royal Court of Sweden 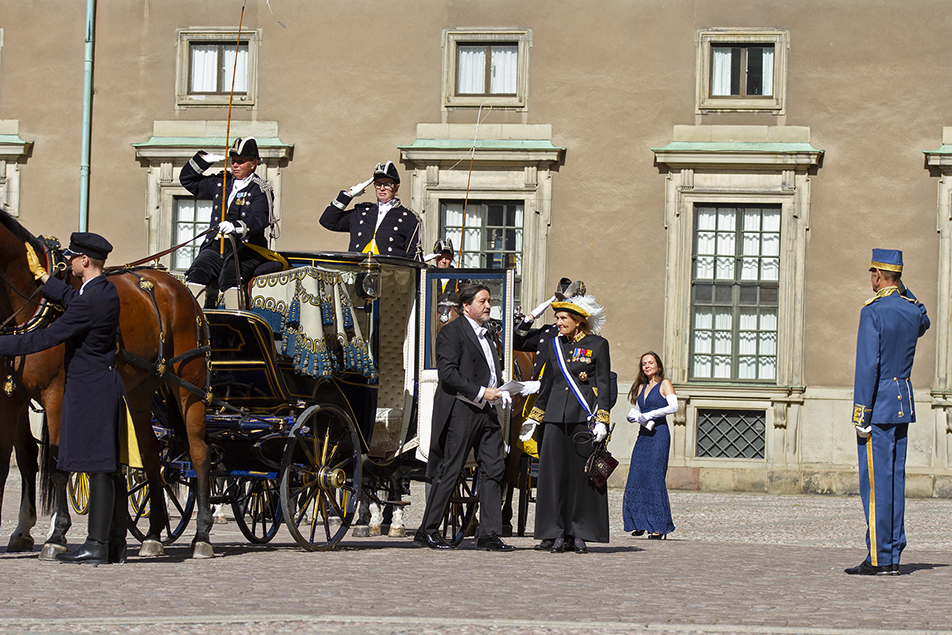 The Royal Court of Sweden uses cookies on its website to improve your experience. Certain cookies are essential for the proper functioning of the site, while others are optional. The following cookies are optional:

When you visit a website, the site can store or retrieve information from your browser – primarily in the form of cookies. This could include information about you, your choices and your searches, and information about the device you are using. This information is normally used to ensure that the website works correctly. The information that is gathered about you is not usually used to identify you as an individual but aims to give you a more personalised online experience. Because we respect your privacy, you can choose not to allow certain types of cookies. Blocking certain types of cookies may affect your experience of the website and the services we offer.

These cookies are essential for the website to work and cannot be turned off. They are normally only used when you use a feature that requires a response, such as when you accept cookie settings or fill in a form. You can set your browser to warn you or block these cookies, but some parts of the website will not work.

These cookies allow us to record the number of visits to the website and see how you got here, for example. Statistics cookies tell us which pages are more or less popular and how visitors navigate their way around the site. They also help us to analyse how the site is used so we can improve it. We save information such as which pages you visit. The information that these cookies gather is aggregated and is therefore completely anonymous. If you do not allow these cookies, we will not be able to see when you have visited our website.